Do you want to hear some stuff about minecraft like when creepers were put in well this is the site.
By:Brandon B. 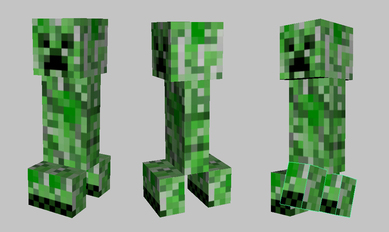 Why were creepers put in minecraft?

They need creepers because then the game would be boring all you
can  do is build no action or nothing just boring minecraft building. Also you
can  just fight zombies skeletons and spiders

Creepers were meant to be pigs but they got messed up and turned
out to blow up and were green.

When was minecraf released

What was the first thing in minecraft?

The first thing in minecraft was a piece of stone.
The first block in
Minecraft was the grass and wood block
when you started out that’s all you had in Minecraft.