THe piano is a very interesting instrument. Here is some information about the piano.

Who invented the piano?

The first pianos were known as the pianoforte. It was evolved
from the harpsichord by Bartolomeo Cristofor from 1700 to 1720. He solved the problem of
trying to produce an instrument better than the harpsichord. He was also the
keeper of instruments in the court of Prince Ferdinand de Medici of Florence.

The upright piano was invented by JohannSchmidt of Salzburg, Austria around 1780. It was later improved by
Thomas Loud of London. Thomas’s upright had strings running diagonally. 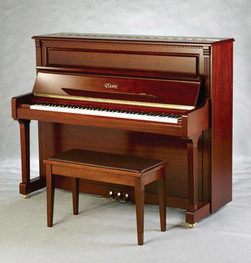